The engine management system is essentially the brain of the car, it is made up of the ECU which receives signals from various sensors connected to the electrical components of the engine, which help with the starting and running of the car based on the information provided. Any error in any signal received by the ECU would affect the efficient starting and running of the vehicle. For example, if there is a sensor relating to engine temperature and it is faulty, it will give the wrong signal to the ECU and then the ECU will think starting the car may cause damage to the engine therefore the car will not start, or if already running will cut out and not allow it to restart. There are other sensors like crank sensor, camshaft sensor, oil pressure sensor, fuel pressure sensor, boost pressure sensor, manifold absolute pressure sensor, coolant temperature sensor all sending their signals to the ECU contributing to the starting, running and the performance of the engine.

Automatic gearboxes also have a separate ECU which receives signals from other sensors on the power train. Sometimes faulty signals can also make the automatic transmission behave abnormally which could seem like the gearbox is faulty when actually, it could be an easy cheap fix.

If you’re looking for Car Diagnostics in Hove, then you can be rest assured that Grease Monkeys Garage only use the best tools for the job. Our dedicated technicians, with over 30 years experience are available to do most diagnostic work including Mileage Correction. Just call in or Contact Us  for prices. 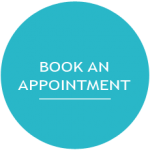